In 2019 the Fondazione Casa Buonarroti launched the series “Buonarrotiana. Studi su Michelangelo e la famiglia Buonarroti”, dedicated to original research on the identity themes of the Institution, entrusted to specialists of various disciplines and tackled in a perspective of comparison between different visions and approaches. 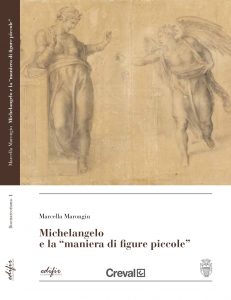 Michelangelo e la “maniera di figure piccole” presents the results of recent research on the artists who gravitated in Michelangelo’s orbit in the mid-sixteenth century, in particular Giulio Clovio and Marcello Venusti, and at the same time brings to light a little-known and, for most, surprising aspect of Michelangelo’s work, because it contrasts with the clichés dear to Romantic and Idealist culture, which had made him the ultimate example of gigantism, forgetting that his contemporaries appreciated in his works “the terribleness and grandeur” together with “the finesse in the parts of the sweetnesses he painted” (Giorgio Vasari, 1568). 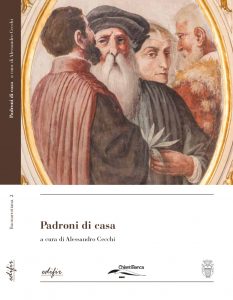 The second issue, planned for 2020, was published in 2021 due to the problems posed by the health emergency. Entitled Padroni di casa, it offers a biographical survey of Michelangelo’s descendants who owned the house in Via Ghibellina. Thanks to a multidisciplinary approach and in-depth analysis of the historical and cultural contexts in which the Buonarroti lived as protagonists, the essays provide an opportunity to explore important moments in Italian and European history over three centuries.

The volume, edited by Alessandro Cecchi and with essays by Elena Lombardi, Marcella Marongiu, Maria Grazia Marzi and Pina Ragionieri, has been published by Edifir (Florence). 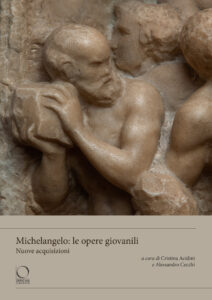 At the end of the year 2022 will be published the third volume, Michelangelo. Le opere giovanili. Nuove acquisizioni, edited by Cristina Acidini and Alessandro Cecchi, that will be devoted to an in-depth study of the Madonna of the Stairs and the Battle of the Centaurs, masterpieces from Michelangelo‘s youthful activity and pride of the collections of Casa Buonarroti, which will undergo restoration financed by the Friends of Florence Association in the years 2020-2021.

The first part of the volume will be dedicated to essays on Michelangelo’s youthful activity, his relationship with the Medici family and the connection with Poliziano. Ample space will also be devoted to reflecting on the iconic value of these works and the museum displays that have featured them over the centuries.

The second part of the publication will be devoted to Michelangelo’s sculptural technique, to recent and past restorations and to the diagnostic investigations recently carried out on the works.